The year 2020, the Year of the Rat, has proven to be a turning point for mankind, a key year of powerful astrological cycles that will particularly color the second half of 2020 with major events. With no less than six eclipses, we see the final throes of the of the old world, the battle between the old and the new world.

At the end of 2020, on December 21, 2020, the historical conjunction between Saturn and Jupiter in Aquarius, marks the beginning of the Age of Aquarius.

In astrological terms, this is a 2160-year era marked by the transition of the Earth’s axis from one constellation to another, from Pisces to Aquarius. 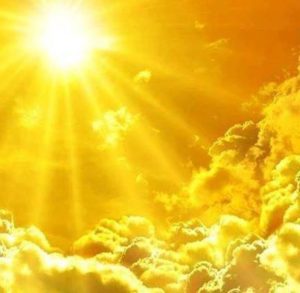 The past twenty years marked the end of the Age of Pisces and was the preparatory phase for the New World, the Age of Aquarius.

The conjunction of Saturn and Pluto in Capricorn at the beginning of January 2020 has changed the world forever. Throughout history, this historical alignment of power, control and restructuring, symbolizes the end of an era.

The beginning of a new world order.

What once was, will never be again.

The year 2020 can actually be divided into two different periods.

The second half of 2020 will be more difficult, because Red planet Mars in its own sign Aries will be closer to Earth and that will strengthen the volatile power of this planet.

The Autumn of 2020 can be a turbulent economic time.

The first summer month of 2020 offers us an exceptional month of strength and hope, as well as challenges, delays and divisions.

June 2020 has a highly emotional and sensitive undertone of Water due to Mercury in Cancer, Mars and Neptune in Pisces and the Solar Eclipse in Cancer of June 21st, 2020.

In addition, we are dealing this month with many planets in retrograde, including Venus in Gemini, Jupiter, Saturn, Pluto in Capricorn and in the second half of June 2020 Mercury in Cancer and Neptune in Pisces. Uranus in Taurus and Mars in Aries will also turn retrograde in the coming months. Retrograde planets reflect the slowdown on the earthly plane, so we have to take into account long delays and revision in social processes.

Note: With Saturn retrograde it is advisable to wait a while in personal processes, be patient reflect and make plans.

At the end of June 2020, the Saturn/Pluto conjunction of January 2020 will be vigorously followed by the second conjunction this year of Jupiter and Pluto in Capricorn.

Jupiter and Pluto cycles have a strong effect on both the material and spiritual level and reflect a deep desire for Truth.

The first conjunction of Jupiter and Pluto was on April 5th, 2020, the second on June 30th, 2020 and the third and last conjunction will be on November 12th, 2020. With the second exact Jupiter-Pluto conjunction, we are faced with even bigger regulatory pressure from the government and the change in our thinking which results from the Corona crisis. This change is fed retrograde Saturn in Aquarius. Retrograde Saturn in Aquarius emphasizes the importance of collective responsibility and adaptability in these absurd times when so much is required of all of us.

Since the end of March 2020, when Saturn (the bounding force) has a taste of socially oriented Aquarius (society), our society has now become part of the one and a half meter society, the “new normal”, what we have to deal with.

However, too much government power suffocates and oppresses individual freedom and further compromises our privacy, such as mandatory use of the Corona app or mandatory vaccination.

COVID-19 is a drama for humanity and the economic crisis that will follow is a real battlefield, because the global economy has never fully recovered since the previous major crisis of 2008. COVID-19 can be seen as the crucial trigger of an unprecedented economic and financial crisis, which painfully uncovers the underlying and structural shortcomings of the globalized economy Ultimately, this all will lead to a better social and environmental world for all of us.

June 2020 opens strongly with a conjunction of the Sun with Venus on June 4th, 2020, which is the beginning of a new annual cycle between Venus and the Sun.

In the first week of June 2020, retrograde Venus in Gemini square Mars in Pisces is indicative of a confusing period, which will be repeated mid-month.

On June 5, 2020, there is an annular Lunar Eclipse at 15º34 in the fiery realm of Sagittarius, the sign of awakening and philosophy.

In this time of confusion and collective limitations, it is good to keep seeing life into perspective. Especially now it is about increasing our awareness by being vigilant and staying vigilant!

Read more about this Lunar Eclipse under NEWS on this website.

In the second week of June 2020, the Sun in Gemini is square Mars and Neptune in Pisces.

The consciousness of the Sun square Mars and the confusion of Neptune can trigger a collective feeling of “emptiness”, senselessness, a lack of energy and senseless actions. It can lead to distractions, misunderstandings and disappointments.

The exact conjunction of Mars with Neptune in Pisces on June 13th, 2020 is a classic astrological recipe for (exaggerated) enthusiasm, (“what can happen to us?”), as well as indefinable feelings, confusion and fear that we will lose control. In addition to being in the dark there is danger of rash behavior, this conjunction may also lead to an increase of the Corona virus, a threat of terrorism and an increase in computer hacks, fake news, phishing, more fear and mistrust.

Until July 12th, 2020, thoughts are colored by emotions and mood swings.

It will be very difficult to be and to remain objective in themes related to safety, security, home and family. Be selective in terms of who or what are you giving your power away to, and why.

With Mercury retrograde in Cancer, we run the risk of absorbing negative energy around us.

On June 21th, 2020, the Sun, the radiant center of the sky, will reach its highest point on the Tropic of Cancer and enters the Water sign Cancer. The longest day and the shortest night.

It is Midsummer, the Summer Solstice or the Summer Equinox for the Northern Hemisphere.

The Summer Solstice of June 21th, 2020 coincides with the New Moon. This New Moon is an annular Solar Eclipse at 0°21 in the cardinal sign of Cancer.

Read more about this Solar Eclipse under NEWS on this website.

From June 23rd, 2020, Neptune in Pisces turns retrograde. Until November 28th, 2020, Neptune retrograde can cause a distorted reality. Neptune is invisibly tangible. The Corona virus is an invisible we have to fight and that makes fighting impossible. In the next five months, we will experience an unprecedented stream of fake news and anxiety. What is reality?

While retrograde Jupiter and Pluto form a conjunction on 24º Capricorn for the second time this year, retrograde Saturn has fallen to 0º in Aquarius. From July 2, 2020 to December 17, 2020 Saturn will temporarily return to its own sign of Capricorn. This may lead to the amplification and spread of the COVID 19 virus and an indication that measures are being revised and previously taken measures are being reversed.

Venus in Gemini is the inspirational factor in adjusting our lifestyle in such a turbulent period.

Venus retrograde has made us look at relationships in a different way.

Direct Venus in Gemini helps to balance our social life.

However, the influence of retrograde Mercury in Cancer makes it a delicate balance, so navigating between introvert and extrovert behavior. Sometimes we are very sensitive and take things very personally, while at other times we are extremely communicative and social.

From June 29, 2020 to January 6, 2021, red Warrior Mars returns home in its own realm of Aries. With an irrepressible energy, Mars wants to put things right again in its own universal castle!

This gives us a well-deserved energy boost.

Because of this combative force high above us, we experience more courage, initiative and persuasion. Mars in Aries wants action, is combative and cannot be dismayed or restricted.

Mars in Aries sextile retrograde Saturn in Aquarius at the beginning of this cycle allows us to take control with a higher chance of demonstrations and counter forces from the collective.

On the other hand, problems can arise, especially if we underestimate certain risks and become involved in risky activities and projects.

Mars in Aries indicates a hot Summer of turmoil, upheaval and civil disobedience.

In the second half of 2020, Mars in Aries will square the planetary superiority in Capricorn, showing a time of shortages and financial hardships.

June 2020 ends on April 30, 2020 with an exact conjunction between retrograde Jupiter and Pluto in Capricorn. This configuration involves major changes and shifts. Especially now in this absurd time, it is so important that we become aware that we are strong together.

The increasing conjunction of the Sun and retrograde Mercury is Cancer makes us even more receptive to these energies of Jupiter and Pluto and the big changes that we are experiencing.

The start of the Summer of 2020 presents a profound time, but also a dynamic full of opportunities to use the astral energies to our advantage.

Given the challenges, transformation will not be easy, but in the end we will come out stronger.

I would like to end June 2020 with a quote from Marcus Aurelius:

“You have power over your mind, not over the events outside of you.

Realize this and you will find strength ”.

All wish you a powerful and safe June month.