The leap month of February 2020 brings us a strong and inspiring Uranian energy of social renewal, progress, tolerance, liberation, solidarity and creative self-expression.

The pace of life is being increased by the influence of the Sun in Aquarius. 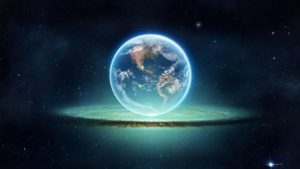 February 2020 is particularly constructive for long-term projects and innovations due to the earthly implementation of Jupiter, Saturn and Pluto in Capricorn and Uranus in Taurus.

In the second week of February 2020, red action planet Mars also joins Capricorn, on its way to an earthly stellium in Capricorn in March 2020!

Throughout February 2020, the interplanetary cooperation between Jupiter in Capricorn and Neptune in Pisces will bring inspiration and prosperity to the zodiac signs Taurus, Cancer, Virgo, Scorpio, Capricorn and Pisces. Jupiter in Capricorn also shows a large-scale regulatory restructuring this month, as well as profound changes with regard to business, government, governments and royal families, a strong trend that will remain in force until the end of 2020.

Imbolc is celebrated on February 1th 2020. The festival of Fire and Light symbolizes the transition from winter to spring. From the Dark, the Light will rise again.

A time of purification and cleansing at the start of a new growth phase.

For the first time this year, Mercury turns retrograde from February 17th 2020 and will temporarily return to Aquarius in the first half of March 2020 to return to Pisces from March 17th to April 11th 2020. Objective air planet Mercury does not feel at home in the elusive water kingdom of Pisces.

Because of Mercury in Pisces, we tend to reason less logically, but especially when retrograde from February 17th to March 4th, 2020, it does bring more inspiration, imagination, creativity, and the ability to bring out the things we feel. The power of thought is even stronger with Mercury in Pisces!

Thinking, feeling and acting are inextricably linked. Every thought determines the feeling and the actions accordingly, so also the positive or negative result of those thoughts.

Mercury also symbolizes collective thinking, so when many people propagate the same ideas, those ideas become a collective conviction within that group and manifest as a reality.

Social media have an important influence on our society and can no longer be ignored in the formation of collective ideas.

Information, whether it is correct or incorrect, can be heard, assessed and  emphasized by thousands or millions of people. Situations and conditions in the world are actually the result of collective manifested thoughts and beliefs.

Buddha once said: “All that we are is the result of what we have thought.”

Read more about Mercury retrograde in Pisces under NEWS on this website!

Venus rules everything that we love and value.

Earthly Venus does not feel at home in the fiery realm of Aries. The high energy of Mars rushes sensual earthly Venus and sets Venus aflame. Venus in Aries is passionate and gives a new boost in love and financial markets, but there is less patience, more talk, gossip, people jump to conclusions and emotions may run high. When Venus is in Aries, we want to reach too high, too far, too soon, so we shall be in for some very unpleasant surprises.

This fiery Full Moon devoted to the heart and love, inspiration and creativity can lead to rebellion, riot and war, demonstrations against the government or disruption of public order.

Social events incite revolt and resistance against the government, kingdoms or governments.

Read more about this Full Moon under NEWS on this website.

Venus in Aries can be volatile and the Moon in Scorpio intensifies feelings.

The sensitive Moon in Scorpio faces a rebellious Uranus in Taurus, so take into account a restless day of unexpected turns, but also emotional breaks, divorce and hasty decisions.

From February 17, 2020, Mars will be in the earthly empire of Capricorn.

Mars in Capricorn wants to move forward, even in adverse situations.

The Sun enters the wetlands of Pisces from February 20th, 2020.

This position of the Sun stimulates receptivity to thoughts and feelings, both for ourselves and for others.

Jupiter in Capricorn sextile Neptune in Pisces is an important astrological aspect that occurs three times this year, from February to October 2020.

Jupiter sextile Neptune transit brings spiritual growth of inner harmony, happiness and growth and gives an illuminating perspective of who we are and our destiny in the world.

On February 21th, 2020, Mars in Capricorn forms an exact trine with Uranus in Taurus.

This golden astrological handshake is a boost of energy! On this Friday there is a sense of excitement, like “everything is possible”, so a day of unique opportunities to implement new ideas or projects, take risks and meet new people.

Carnival begins on February 23th, 2020 with the New Moon in Pisces.

This New Moon is connected with intuition. With this New Moon we are guided by feelings, so with everything we do this is probably because it “feels” like the right thing to do. The subtle energy everywhere around us feels more tangible. Because everything feels “different”, you know that something feels good or not and it becomes easier to achieve creative goals.

The New Moon in Pisces allows us to prepare for the energy of the next New Moon in Aries on March 24th 2020. So it is important to come clean before that new beginning, to set boundaries or to finish something definitively in order to go on.

The New Moon in Pisces is conjunct Mercury Retrograde and this allows us a second chance, so this is a New Moon par excellence to make up for something that did not go well at the end of last year.

Read more about this New Moon under NEWS on this website!

On the last day of the leap month of February 2020, Venus in Aries forms a square with Pluto in Capricorn.

Venus square Pluto can have a profound effect on relationships. This square causes tension in love relationships can lead to passionate fireworks and cosmic thunder clouds, but also economic turmoil due to a new trade war.

Because of the influence of Saturn in Capricorn, we now see the consequences of the radical global reforms and the definitive end of the world as we knew it.

The stabilizing influence of the united astrological forces in earthly Capricorn will also be invaluable this month to restore the balance in this divided world.

Wishing you all an inspiring month of February!